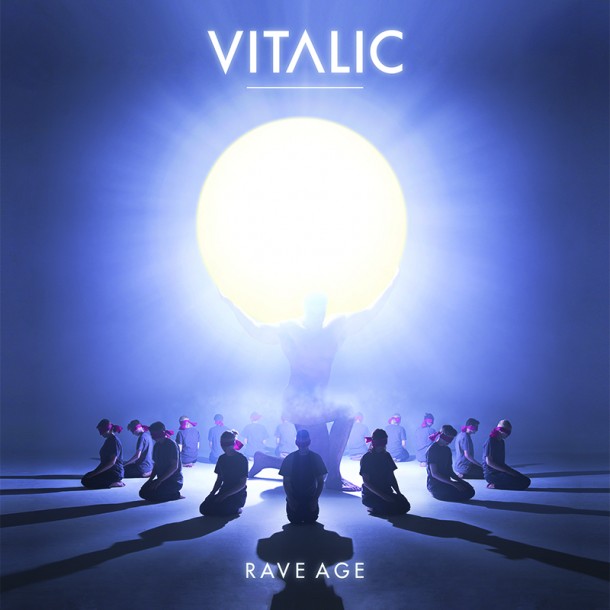 “With this album I really wanted to play the songs live,” says Pascal Arbez-Nicolas from his home in Dijon. “The music on my last album Flashmob was relaxed and it was difficult to work the tracks into the live set. This time I was really thinking about the show. I was not thinking about the press or hipsters. I make my stuff and the point is to make some funny stuff and to play it live – voila.”

This sounds like fighting talk from Pascal, but having made his name with two exquisitely poised sets of romantic disco and searing techno, 2005’s OK Cowboy and 2009’s Flashmob, Rave Age finds the 36-year-old letting his hair down, so to speak, and composing tracks that came to him quickly, naturally, under no pressure. Written with the Mediterranean in mind in his home studio during the first half of 2012 and then mixed in Paris, Rave Age contains some of Pascal’s most direct and powerful tracks: “Stamina”, “No More Sleep” and “Lucky Star” are rubberised rave numbers primed for the club. The irresistible energy that whizzes through Rave Age can in part be attributed to Pascal’s DJing, which he took up in 2009. “I’ve learnt what is effective when you play and what entertains me when I play,” he says. “This album is what I want to play when I DJ.”

If anything, this is Pascal’s pop record, a notion first put to him by the album’s mix engineer Stephane Alf’ Briat, the well-known Paris technician behind key records by Phoenix, Air and Jackson and His Computer Band. “For my first album I used a fake voice from my synthesisers and on the second I just used one singer, Linda Lamb. This time it was different,” says Pascal. “At some point in the studio the sound engineer told me: ’Hey, your stuff is almost pop because there is a voice in every song’. This wasn’t conscious but I did want to change from the two other albums.”

You need only hear his sparkling remixes for Bjork, Sexy Sushi, Heartbreak or Amadou & Mariam to appreciate Pascal’s love for the possibilities of the pop song, and here, working with a selection of vocalists for the first time, he forges his own kind of effervescent power-pop. “Next I’m Ready” and the tremendous “Fade Away” feature the vocals of Joe Reeves, one-time singer for defunct British synth-punks Shit Disco, whose overlooked debut Pascal adored. In fact, Pascal was a little worried “Fade Away” might be too pop for Rave Age, even though he’s very happy with it. “In the beginning “Fade Away” was called “Dolce Vita” and had this cheesy Jean Michel Jarre melody. I sent it to Joe who is really quick and wrote and sang the words in a few hours. I like the way he writes lyrics as well as his English accent.”

Another swift worker turned out to be French singer France Picoulet, last heard as Owlle on Kitsune’s recent Parisien II compilation, whose heartfelt delivery on bittersweet cyberballad “Under Your Sun” provides Rave Age with its purest moment of sentimental bliss. For other songs, Mickael Karkousse from Belgian electro outfit Goose sings the album’s opening call-to-arms “Rave Kids Go”, and Sexy Sushi’s Julia Lanöe laces the gnarly new-wave of “La Mort Sur le Dancefloor” with a typically playful vocal. This grungy track was one of the first Pascal wrote for Rave Age: as the album progressed, he notes, the songs became softer and slower. Even the title, Rave Age, has a hippy quality, he says.

It all seems a world away from 2001 when Vitalic’s debut, the four-song Poney EP’, came out. Arguably the finest techno 12-inch of the last decade, the record’s instant and enduring appeal saw Pascal aligned with Daft Punk and Aphex Twin as a singular producer capable of shaping the future of electronic music. Over the following years, armed with the blistering euphoria of ‘La Rock 01′ and ‘You Prefer Cocaine’, he blazed through clubland like the Wagner of rave – the flying V – a fearless metal-disco warrior slaying scores of ravers across Europe with his searing live show.

So has he mellowed over the years? “Well, I think the music is more open now because I am more relaxed,” he says. “There is some kind of Arabian stuff and a touch of la dolce vita because I live in southern countries. I spend a lot of time in Barcelona and Italy.” The Rimini swirl of “Lucky Star”, for example, came about because Pascal wanted to produce a track that evoked the heat of the sun in the steamy Mediterranean summer, while “Vigipirate” and “The March of Skabah” are dark instrumentals that blend exotic rhythms with curdled hip-hop and nod to earlier productions such as “Valletta Fanfares”. At the end of the album Pascal includes a mood piece from the soundtrack he composed for Italian filmmaker David Manuli’s latest picture The Legend of Kasper Hauser, which stars Vincent Gallo. “It’s a crazy movie,” says Pascal approvingly. “I really like the director, I think he is very special.”

Most Vitalic fans will have caught Pascal’s formidable V Mirror live show which toured the globe for two years. Flanked by two huge sheets of electronic mirrored panels, Pascal performed for countless thousands at festivals and huge venues around the world, travelling with a small team in a tour bus like a rock band. Bonding on the road proved a profound experience for Pascal. “Touring with a team is really unique,” he says. “To share the experience of the tour bus, of the feeling you have before getting onstage and afterwards, is like multiplying all the sensations of playing live.”

To stage Rave Age, Pascal plans to take things further by introducing a live drummer and a keyboard player to the mix, in addition to the screens. “I want the feeling of a group,” he says.

When he isn’t in the studio, Pascal spends a lot of time in the kitchen. “At some point I was thinking about opening a restaurant in Spain” he says with a straight face, “but at the moment I just can’t help myself from making music and having plans and I am excited about making a really cool show for the next tour’