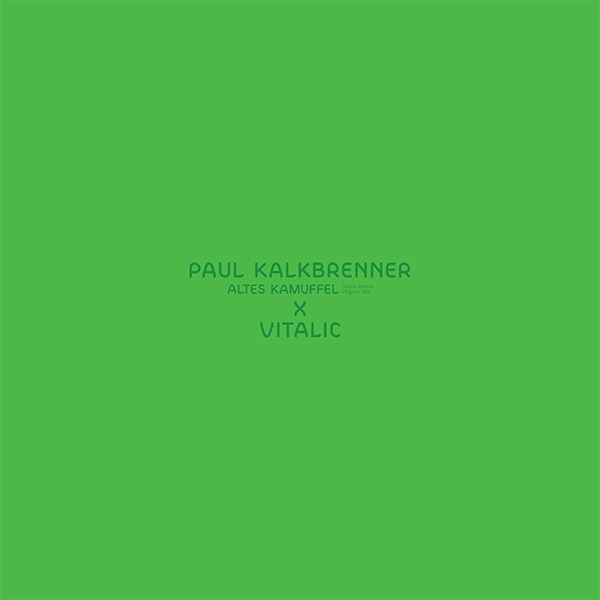 As a first sign from his upcoming 2014 Remix album Paul Kalkbrenner presents a brand new rework of „Altes Kamuffel“ which is one of the key tracks from his huge catalogue. „Altes Kamuffel“ which was featured within the cult movie soundtrack for „Berlin Calling“ gets the remix treatment by the french techno legend Vitalic on this strictly limited edition 12inch Vinyl. The result is an impressive re-interpretation update of the almost classic Kalkbrenner Rave style. Vitalic showcases the raw techno elements of the original and adds on synth layers and melody lines with a great impact. The B-Side features the original version of „Altes Kamuffel“ as heard in many of Paul Kalkbrenner’s live shows during the last years.