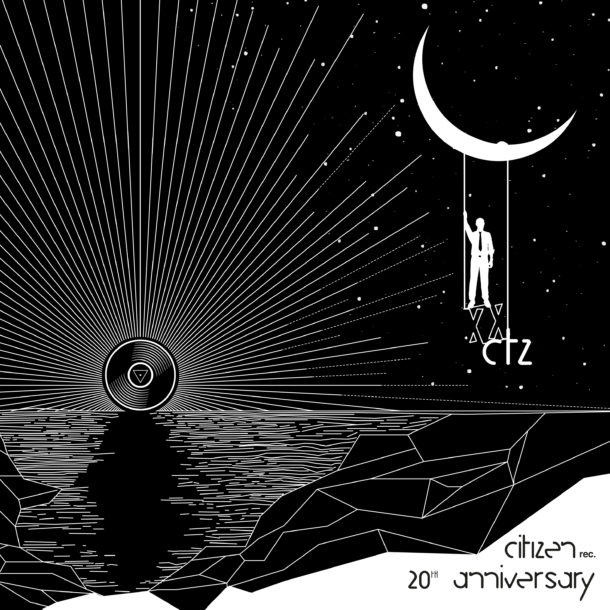 Looking back over 20 years as an independent music label, Citizen has selected some of the tracks that still have a special resonance for both them and their sister label Clivage Music, and included a couple of unreleased gems from John Lord Fonda and Vitalic.

In 2001, the music business was in disarray. While other labels crashed and burned, a young  electronic music producer called Pascal Arbez-Nicolas (aka Dima, aka Vitalic, also half of The Silures and KOMPROMAT) decided to create his own label.

Such a venture seemed a little crazy at the time, and there were certainly some bumps along the road, and yet… they now have nearly 150 releases under their belt and have sold tens of thousands of CDs and vinyl records.

Among the highlights: Vitalic of course, but also Teenage Bad Girl who upturned the world of electronic music with their LP “Cocotte” and John Lord Fonda with his excellent album “Debaser”, both discovered by Citizen. Then there’s The Micronauts with the super sexy and elegant “Damaging Consent” LP, and Juan Trip with “Consolation”, an epic journey deep into the 70s.

Joining the dance came Mondkopf, the gut-shaking bass of Fukkk Offf and many more. And more recently, Karabine, Dima and Cora Novoa have all blessed us with their sounds.

Late 2016, Clivage Music was born, destined for less techno-orientated projects, including ventures from Vitalic and KOMPROMAT.

And yet, Citizen and Clivage have never been limited to a genre – you’ll find all kinds of music in their releases, be it sweet and calm, dark and stormy, melancholic, high-voltage or downright rambunctious. Techno, electronica, electronic pop, electronic rock, indie, nu-disco, psychedelic, EBM, post-punk… this anniversary compilation upends and transcends expectations and styles.

Citizen vigorously loves energy in music as much as it does melancholia, no matter the colour, texture or tempo.

And to celebrate the label’s twentieth year, the compilation includes two brand new tracks from artists making their return to Citizen and Clivage.

Vitalic and John Lord Fonda are back to shake us awake, and what a joyous awakening it is!

Mystical, cold and cerebral, John Lord Fonda’s “They Will Fight for You” invites us to dive momentarily down a mental tunnel, a sweet release.

You’ll also be pleased to hear that John Lord has plugged his machines back in and will be returning with new projects very soon.

For the second new track, masterful overlord of the dancefloor Vitalic returns with “Hey Stay Back”, a reminder of how much we miss going to a club.

This devastating piece of techno, direct, relentless and tinged with flourishes of acid from the early rave period will make you want to plug in the strobe lights and fire up the smoke machine!