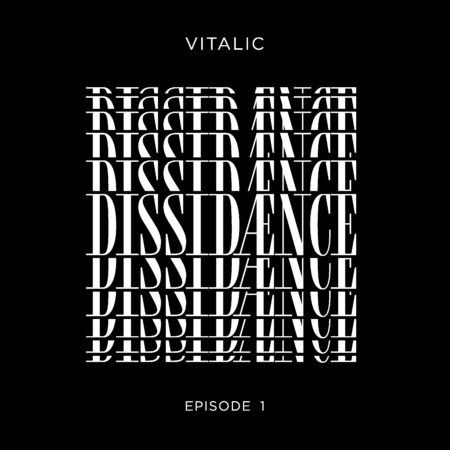 Vitalic returns with a fifth album, which will be released in two volumes. “DISSIDÆNCE”, the title of which is a whole story in itself – is an album that the producer describes as a return to the roots of his sonic identity, a kind of reinterpretation of the rock energy of his early albums.

The first volume of “DISSIDÆNCE” is a sort of concentrated resume of his strengths from the past twenty years, whether it’s filthy, head-spinning tornado tracks or synth-laden love songs for a summer’s day. With “DISSIDÆNCE” Episode 1, whose powerful beats and galloping sequencers translate the social and political anger of the global pandemic, Vitalic looks into his past and channels his love for off-kilter synth sounds, skew-whiff pads, heady refrains, distorted vocals and heavy beats dripping with sex and sweat, but above all his obsessional passion for dance music.

“DISSIDÆNCE” should be taken as a celebration of celebration, time-travel to an era that may not exist right now, but which will – and this album is the dazzling proof – be reborn from its ashes to burn bright once more, in all its raging glory.