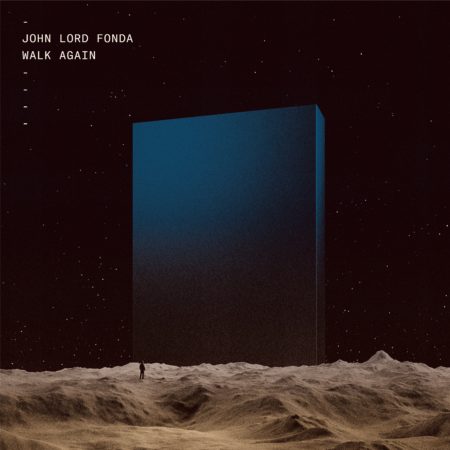 Following the release of his Altaïr EP in September, John Lord Fonda returns to unveil his third album Walk Again, boldly exposing his English techno and electronica influences, and more hypnotically than ever.

With its saturated sounds, clipped beats and spacey pads, Walk Again opens a portal to a place full of mystery and promise.

Across 11 tracks, JLF confirms that he is not only capable of writing techno bombs like We Can’t Breathe and Race For Nothing, but also breakbeat-tinged gems like Little Jazz.

The soaring melodies of Antarctica and Creme bring a dreamlike intensity to the project, while new-wave wannabee Together Again (featuring vocals by Gabriel Afathi of The George Kaplan Conspiracy) enlarges the musical horizon, planting its flag as an evolved piece of techno not afraid to mix genres.

Calmer moments such as Walk Again and A Descent Melody continue our journey into the richest of techno landscapes, where intriguing, fascinating tracks like They Will Fight For You and Les Dunes d’Altaïr bring a rounded mysticism to the project.

Dazzling and cold, brutal and soft, the album marries a fluid, coherent mix of cerebral techno and poetic melodies, both calm and calming.