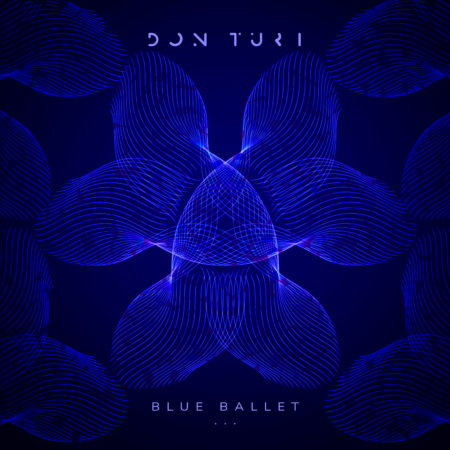 Multi-talented musician Don Turi makes his post-summer return with Blue Ballet, an acid EP that sees dreamlike flights of fancy and brutal beats crashing into each other while dancing together.

Previously remixed by Yuksek and blessed with several guest artists, Don Turi’s productions have generally been considered electronica, or even EDM.

Now, however, things have changed. Emiliano Turi invites us to peek behind the curtain and discover a harder, darker world.

Released at the end June, Recharging was the first single to be taken from Blue Ballet, giving a taste of the direction the artist intended to take with his new project. Resolutely techno, the track’s pounding beat and bubbling loops harked back to the sweaty raves of the 1990s.

Spiralling between brutal breaks, pounding drops and bursts of mysticism, Don Turi‘s music for this project has a more intense, urgent edge to it. Some have loosely called it ‘digital electroclash’.

Perfectly crafted for a rave, the EP reveals another aspect of the producer’s talent. In between the synthetic euphoria of Pinocchio, the merciless beat of Recharging and hypnotic pounding of Leonardo Da Vinci, you’ll find a remix by Wax Wings.

The young English producer has taken Recharging and reworked it with swathes of electric saturation and obsessive loops, both hallmarks of his dark, digital style.

Blue Ballet takes us right back to the illegal parties of the 1990s, an aesthetic increasingly prevalent in the music of recent years, for a one-way acid trip. Let your mind soar and body float away in this irresistible trance-like state.